“The majority of traditional Indian restaurants you visit tend to have a very formal undertone, and we wanted to create a restaurant that was more playful and less serious, all while staying authentic,” say BAAR BAAR co-owners Payal and Rajiv Sharma. “We also wanted to create a place where fellow Indians could be proud of their heritage, which is why all the flavors are authentic—in the food, cocktails and even the décor. We then just spiced it with a modern, New York spin.” 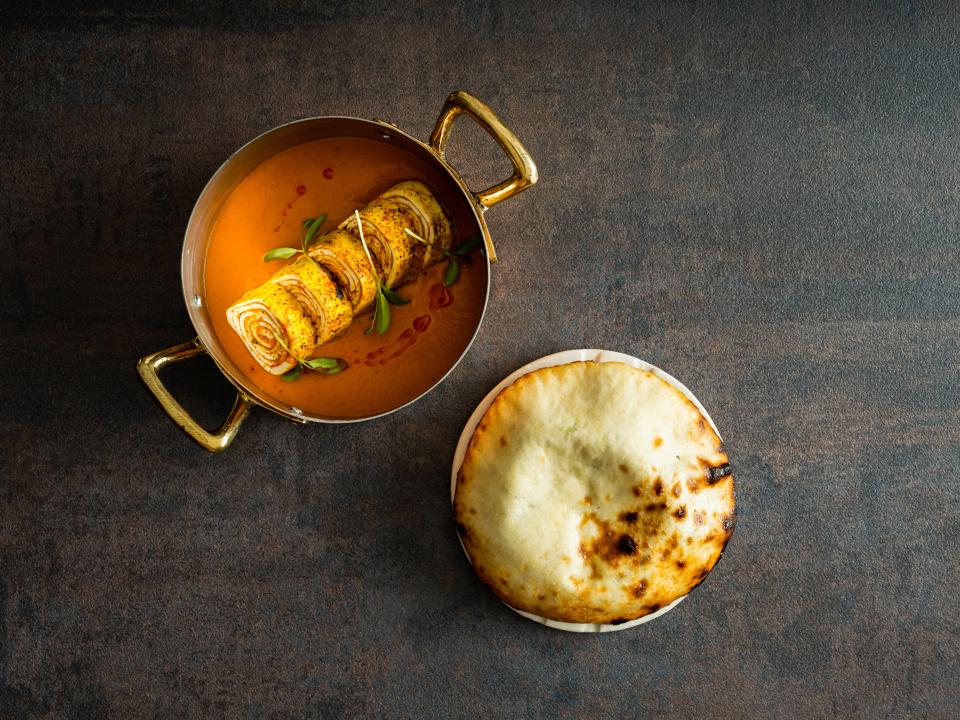 BAAR BAAR executive chef Sujan Sarkar says that the dishes at the restaurant are strongly connected to his Indian roots but also offer a new spin on classic recipes. He describes the menu as New Indian as he says he pushes the boundaries of the cuisine while still getting his inspiration from meals he ate during his childhood growing up in a suburb of Kolkata. Sarkar—who is also the executive chef and partner of ROOH in San Francisco, New Delhi and Chicago—says BAAR BAAR’s tuna bhel and kashmiri lamb ribs demonstrate how he fuses his childhood memories with current food trends, seasonal ingredients and what he has learned through travel. He notes that BAAR BAAR’s kashmiri lamb ribs are inspired by a tabakh maaz, but at BAAR BAAR the lamb ribs are served crispy and glazed with apricot and chili chutney, and presented with a side of pickled radish and cumin yogurt. The tuna bhel is based off the popular Indian savory snack bhel puri, but Sarkar utilizes various fresh ingredients to make what he describes as “an Indian version of tuna poke.” 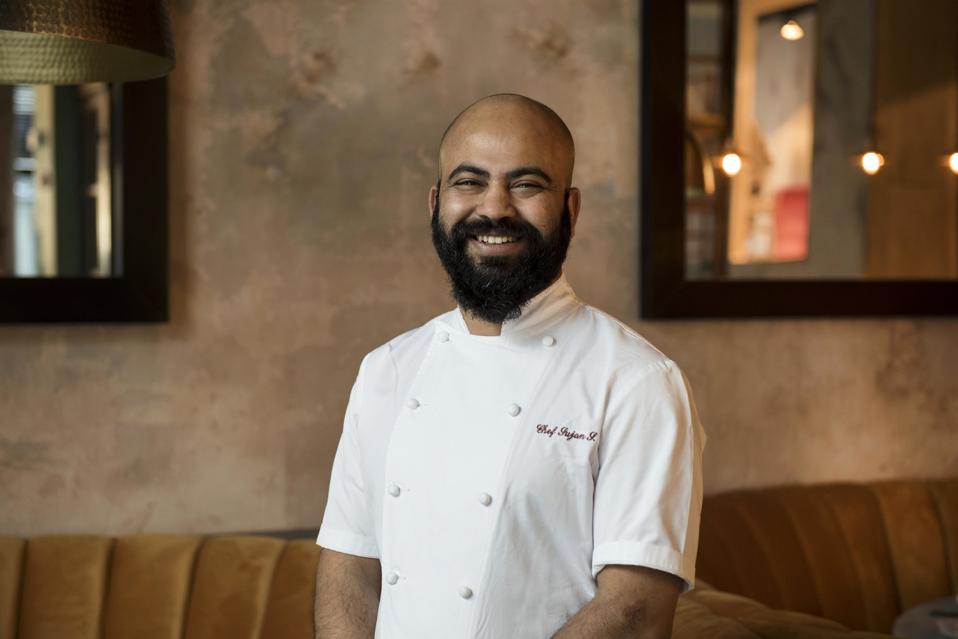 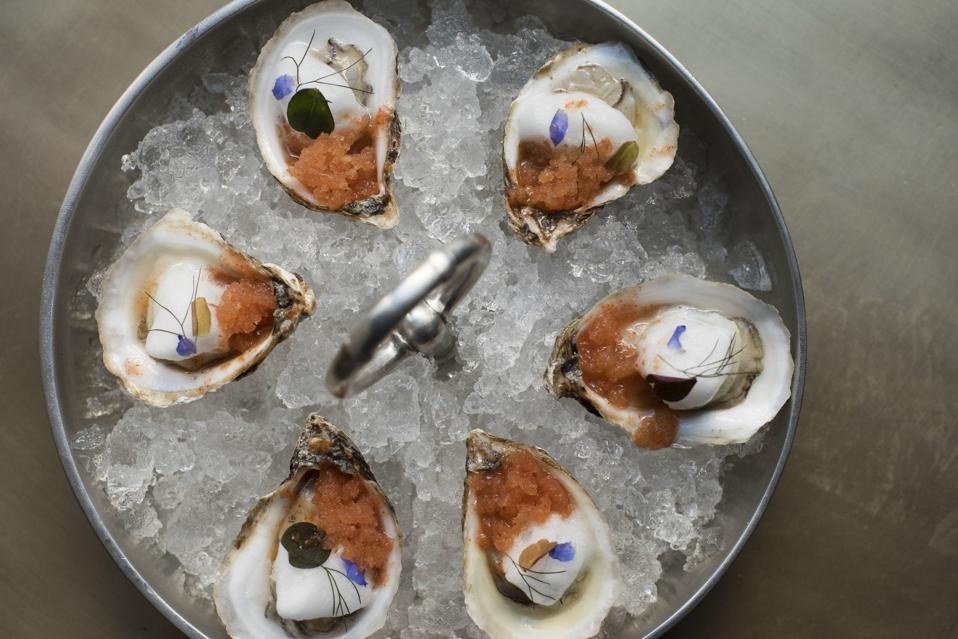 “By preserving the integrity of the cuisine, we at BAAR BAAR are re-imagining and focusing our experimentation on the right elements,” Sarkar says. “It’s not fusion, it’s ‘New Indian’ cuisine. We are not deviating from the fundamentals of Indian cuisine. Instead, we retain the essence of the same flavors, while showcasing it in a modern and contemporary way which is a combination of fresh local produce, Indian flavors and modern cooking styles and presentation.”

At BAAR BAAR, restaurant-goers can find more untraditional takes on Indian cuisine, such as the oysters with rasam granita, which is shucked east coast oysters that are topped with spicy tomato rasam granite and lemon foam. Other notable dishes include the beef short rib curry—braised short ribs that are served in madras curry and coconut cream sauce, roasted seasonal root vegetables and bone marrow kofta—and the tandoori lobster—lobster tail that is marinated in yogurt based spice rub and cooked in tandoor, and then served with fermented mustard cream and tomato pachadi. Sarkar, who was awarded International Chef of the Year by Elite Magazine and voted Chef of the Year by Times of India in 2016, notes that the core spirit of BAAR BAAR’s menu is to showcase Indian flavors. “No matter how innovative we get with ingredients, presentation or even technique, we always keep the flavors authentic,” he adds. 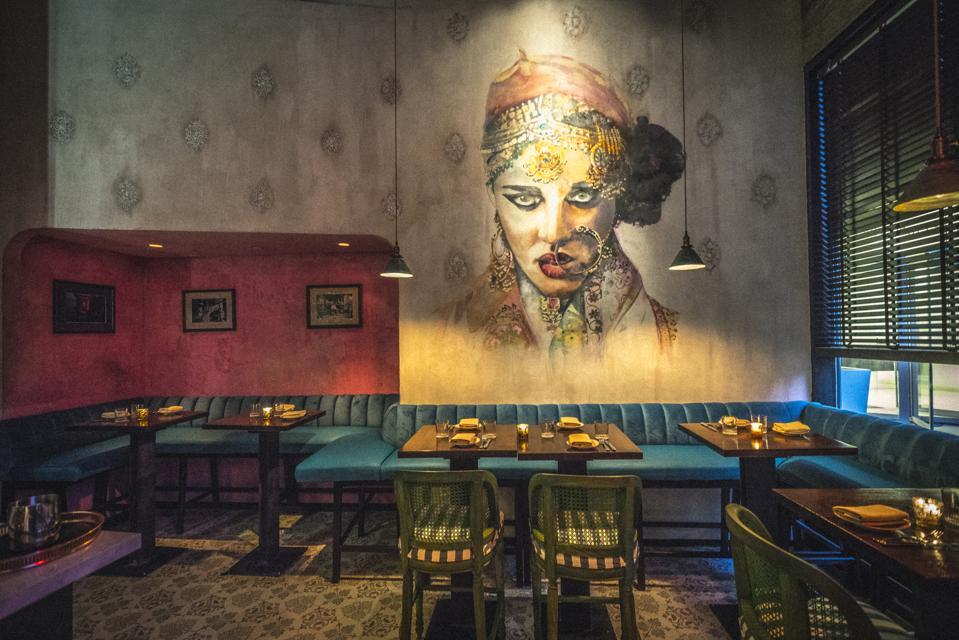 The interior of BAAR BAAR. Courtesy of Noah Fecks. 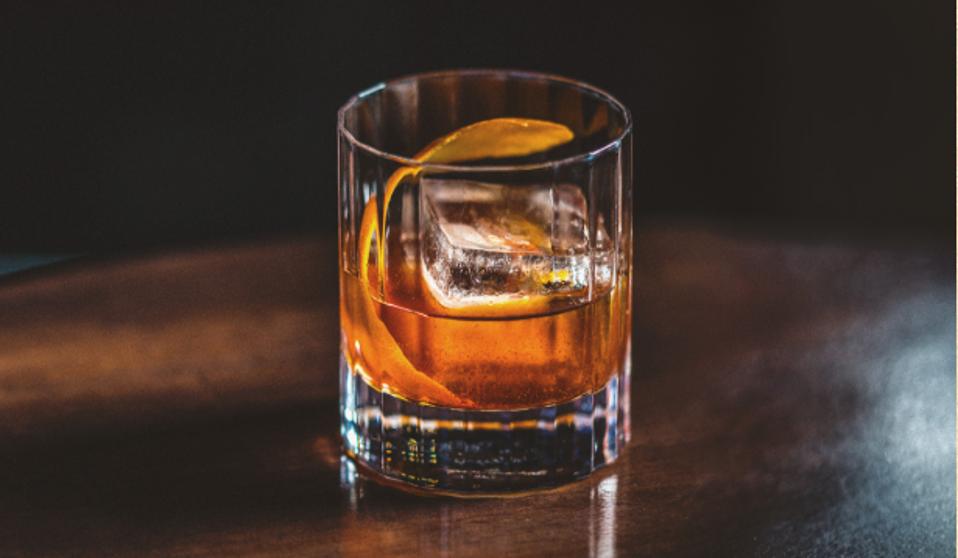 Guests can pair their dishes with a variety of creative cocktails that pay homage to Indian culture. Inside the restaurant, patrons are met with a modern, sheek and colorful décor. “BAAR BAAR’s aesthetic has come from our ability to draw from one land, put this through the prism of experience and showcase it in a cultural mecca like [New York City], beaming with great young artists, opportunities, artwork and more to realize that vision,” Sarkar says. “From one cultural hub to another, it cultivates a completely unique appeal.”

As for the future of Indian cuisine: “As people discover more about India, they are shedding older stereotypes. There is a curiosity about our cuisine and culture as it evolves,” Sarkar says. “Indian cuisine has had a clichéd version of itself become the largely accepted version. We must reach out to new audiences with this new vision and not wait for the stereotype to become permanent.”