A community group started sprucing up a derelict three-block stretch of East Harlem, with 50 local artists painting murals Saturday along the dull, green plywood fences shielding the public from the Metro North Railroad.

Artists from Harlem, Upper Manhattan and the Bronx gathered along E. 125th Street, bringing spray paint and chalk to liven up the nondescript area.

“It makes me happy to see all the artists here," said participant Simon Arredondo, creating a giant red, white and yellow “I Love You Harlem” postcard as Public Enemy’s “Fight the Power” provided the soundtrack to his work.

“There is a culture here,” the 43-year-old Washington Heights man added. “It’s cool to transform their own neighborhood.” 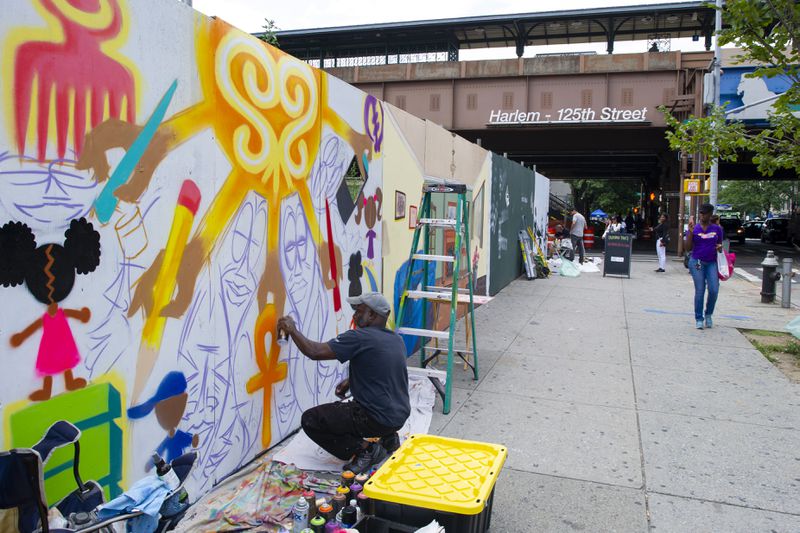 The painting session was the first of three along the corridor to create murals that support and uplift the community while creating free and legal public spaces for the artists. When the work is done, more than 1,500 plywood boards will be redecorated with local color and heart.

“Since we got our start a little more than five years ago, we have learned the power of public art to both uplift the neighborhood and inspire hopes for the future,” said Carey King, director of Uptown Grand Central, a non-profit neighborhood advocacy organization.

“We are so grateful for the strong community of artists that exists throughout Uptown, and for their dedication to making public space a place that brings us all together.” 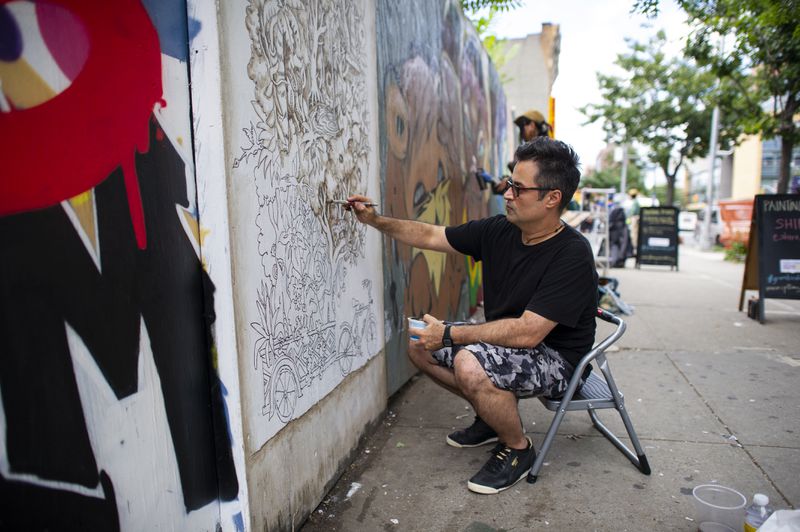 The artists are scheduled to return next Saturday and once more on Sept. 22 to complete their murals, with the last session followed by the third annual “Party on Park” street festival. Park Avenue will be closed to cars from 116th Street to 125th Street for a day full of biking, strolling, dancing, and other activities.

“We are thrilled to support a project that is making such an important contribution,” said Andi Potamkin, president of Potamkin Development, a project sponsor. “People are strongly affected by their surrounding space where they work and live. Bringing vibrant art into public spaces within the community helps enhance and celebrate the diversity of New York City and its neighborhoods.” 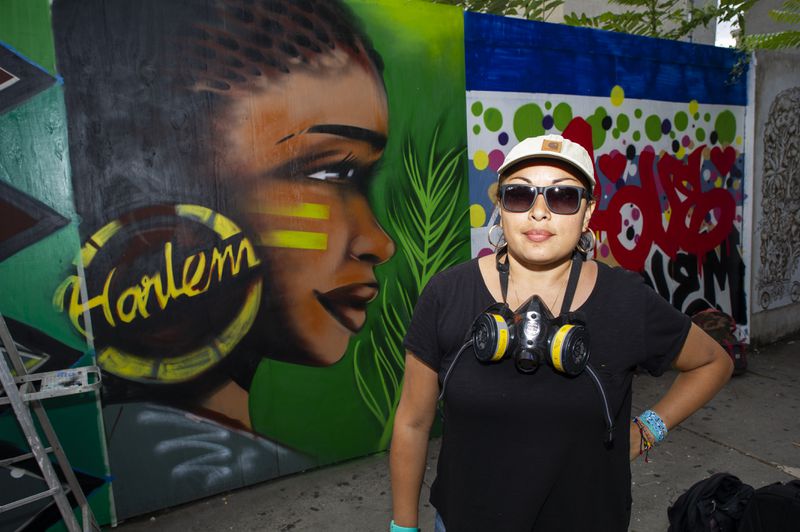 Artist Too Fly poses for a photo in front of her mural on 125th St. in Harlem, Saturday. (Gregg Vigliotti/for New York Daily News)

Artist TooFly-NYC, aka Maria Castillo, created a mural on 125th and Park that portrayed a smiling, ebony-skinned woman.

“We are trying to capture the energy of Harlem,” she said. “I focus on women’s empowerment. Women need a much larger voice in the arts.” 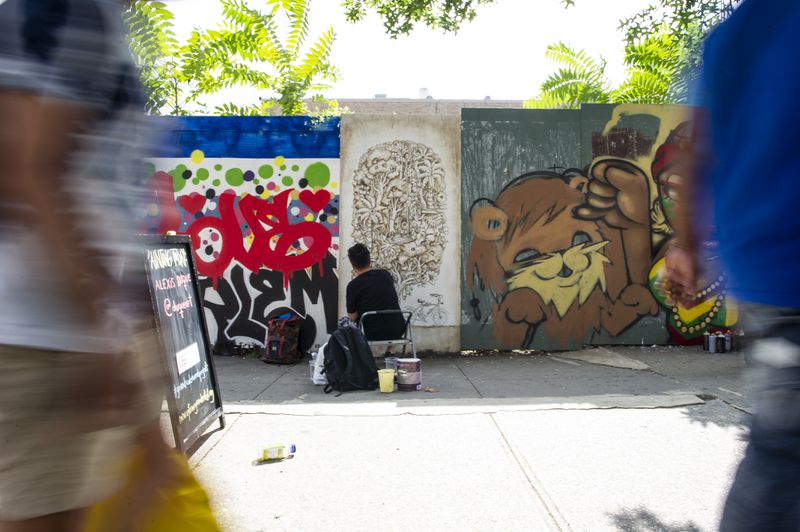 Graffiti artist Shiro, a former nurse in her native Japan before reinventing herself in the city, created a work titled “Rasta Girl.”